The Return of the Coat Hanger 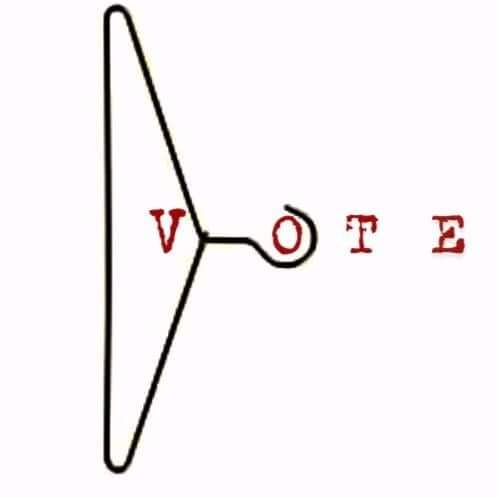 When we decided to start a local blog, I was picturing elections, levies, crime, maybe some local art reviews. I didn’t anticipate getting as micro as discussing my uterus, but here we are. Today, we’re going to talk about my abortion. Some folks reading will call me a murderer and say I’m going to Hell. Honestly, I’ve heard all that before and those threats fall pretty flat when you’re talking to an Atheist. (Notably, those folks also think Queer people are an abomination, and I’ll go to Hell for having sex with women.   You just can’t please some people, huh?)

So, let’s get started. Picture it. Somewhere around April or May 2012, I don’t remember the date exactly, but I think I was 23.  I was pregnant and I didn’t want to be. I understand plenty of people want to know a little more than that. Was I on birth control? (Nope, had just stopped a 6-year stint as it made me sick). Was I married? (Not at the time, but the father would eventually be my husband).  But really, none of that matters. What mattered is that I didn’t want to be pregnant, and I would have gnawed my own arm off if that’s what it took to not be pregnant anymore.

If you haven’t experienced an unwanted pregnancy, it’s easy to downplay the enormity of it. The feeling of an alien object inside your body that doesn’t bring any degree of joy- only panic, desperation, and fear. Pregnancy severely and permanently alters your body. For me, that meant being so incredibly sick and exhausted that I lost 10lbs in a month and could barely summon the energy to go to work.

From the moment I saw that positive test, I knew I wanted an abortion. However, my Catholic roots (although long abandoned when I came out as Queer) made me terrified. I knew I would go through with the abortion, but I fully anticipated feeling all-consuming guilt for the rest of my life. Still, it was better than the alternative.

After several hoops, both financial and medical, I was able to have a medication abortion. This means I was given medication that induced miscarriage. I took the pills, went home, and had a miscarriage alone in the bathroom. It was excruciating physically, and I was in no way prepared for the pain. But as soon as it was over, I was flooded with relief. And that guilt? It never came. Rather than feeling like my life had been permanently altered for the worse, I felt thankful. Thankful to not be pregnant. Thankful to have control over my body again.

Ten years on, and I’ve never questioned my decision for a moment. I still don’t want children, and I was absolutely right not to bring an unwanted child into the world. When talking about my abortion, I often feel compelled to list all the things I’ve accomplished since then. All the reasons why I am worthy of living my own life. But really, I don’t have to prove why my own life is worth saving. The fact is, I would have died rather than stay pregnant. I would have thrown myself down the stairs. I would have gone to a back alley. If that didn’t work, I would have killed myself.

My life is worth more than the possibility of a child. My life is worth more than a clump of cells I passed in the bathroom. My body is my own, and I alone should be making decisions about it. Sex is not just for procreation. For me, it will never be for that purpose. That doesn’t mean I shouldn’t have sex, nor does it mean I should be forced to give birth as a “consequence” for having a sex life.

The idea that a woman owes her body to anything, let alone a zygote or a fetus, is utterly insane. The folks calling me a murderer don’t give a single fuck for babies after they are born. They aren’t supporting universal healthcare, or taking in foster kids, or working to end poverty. They simply want to impose their skewed religious views on all of us, and most of all, they want to exercise control over people with uteruses. As I said, I don’t believe in Hell at all, but if it does exist, it’s not the pro-choice crowd that deserves to burn.