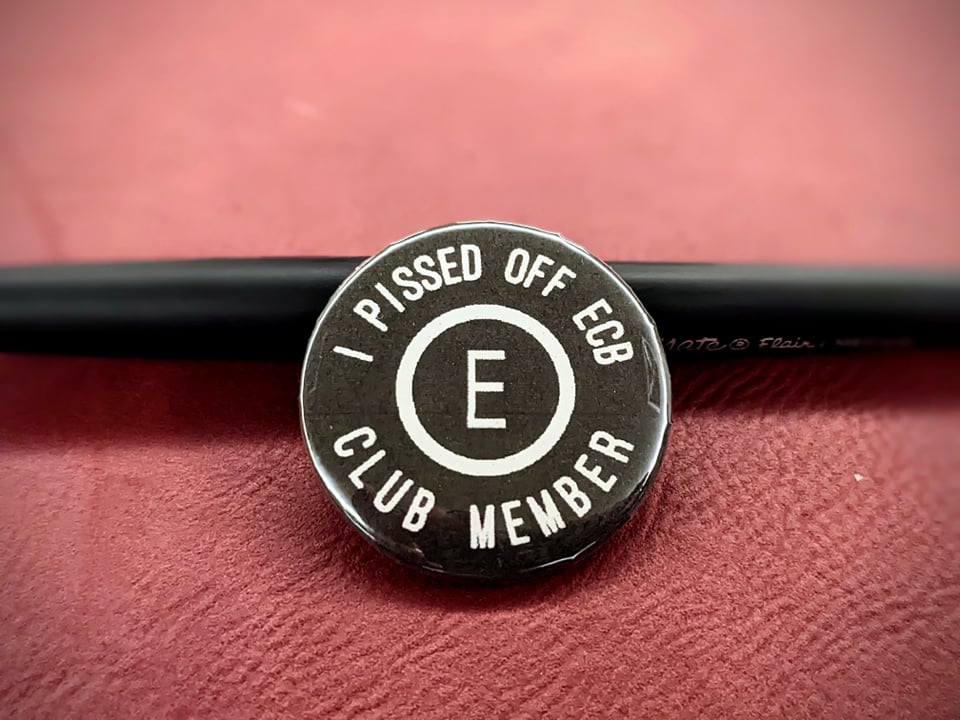 Earlier this month, Great Falls held its annual 4th of July parade. As usual, Republicans, Democrats, and
many individual candidates marched with signs vying for votes and support. A new message was present
this year as well- a demand for Reproductive Rights. Around 50 Great Falls citizens carried Pro-Choice
signs and peacefully marched to demand bodily autonomy. Unlike the graphic and misleading Pro-Life
signs showing dead babies, the Democrats kept it classy. Signs did not contain graphic images or
profanity.

Unsurprisingly, E-City beat took offense to this peaceful demonstration. But what exactly IS E-city beat?
Wonderful question. It’s an extremist political blog that likes to pretend it’s legitimate journalism. Run
by Phil Faccenda, local architect and hatemonger, and Rick Tryon. E-City Beat constantly harasses both
public figures and private citizens alike. This objectionable behavior is made more concerning
considering one of the extremists behind the keyboard, Rick Tryon, is also a city commissioner.
In response to the parade demonstration, they published a tenuous argument that the parade was not
an appropriate venue to protest. Perhaps Phil and Rick need a reminder of American history? The 4 th of
July celebrates the United States’ independence from Britain. Facing unfair conditions from their
government, revolutionaries first launched a protest (remember the Boston Tea Party?) before later
declaring Independence. The celebration itself honors fighting back against government tyranny.
Peacefully exercising our 1 st Amendment right seems a befitting tribute indeed to the ideology of
Freedom.

(Please note that July 4 th itself is problematic, ignoring both Indigenous Genocide, slavery, and the
alarming and outdated definition of who our Founding Fathers considered a person. But that discussion
merits a much longer article. Today we’re just gonna cover the blatant hypocrisy of anti-protest
sentiments).

Far more questionable than any protest is the conduct of E City Beat in both their writing and their
online response to pushback. After attempting to downplay the number of participants, claiming only a
dozen or so were present, E City was quick to block and delete comments from anyone that disagreed
with them. In typical bully fashion, E City Beat’s authors continually target Great Falls citizens, but whine
and cry when anyone calls them out on it.

These scared little men are becoming increasingly fragile. Although many comments were indeed about
the content of the article, E City posted the included screenshot threatening permanent bans for those
that disagree with them. Quite funny, considering the blogs history of targeting both public figures and
private citizens alike and engaging in “childish” name-calling themselves.

In honor of the growing citizenry finding themselves blocked by Phil Faccenda and Rick Tryon, we’re
starting a new re-occurring segment. We at WTF would never encourage the kind of bullying we see
from right-wing hate blogs. However, if you’ve made a perfectly valid comment and it got you blocked,
be sure to screenshot, and message for the chance to receive your own “I pissed off ECB” Club Member
pin. Haven’t been blocked but would like to share your experience or opinion of E City Beat with us? Hit
us up! You could be featured on “E- City Beat Watch.”

Jasmine Taylor
Abortion is still legal in Montana – Let’s keep it that way!
Rock and Roe Draws Activists to Gibson