Democrats Vow to Fight Back at Fall Dinner 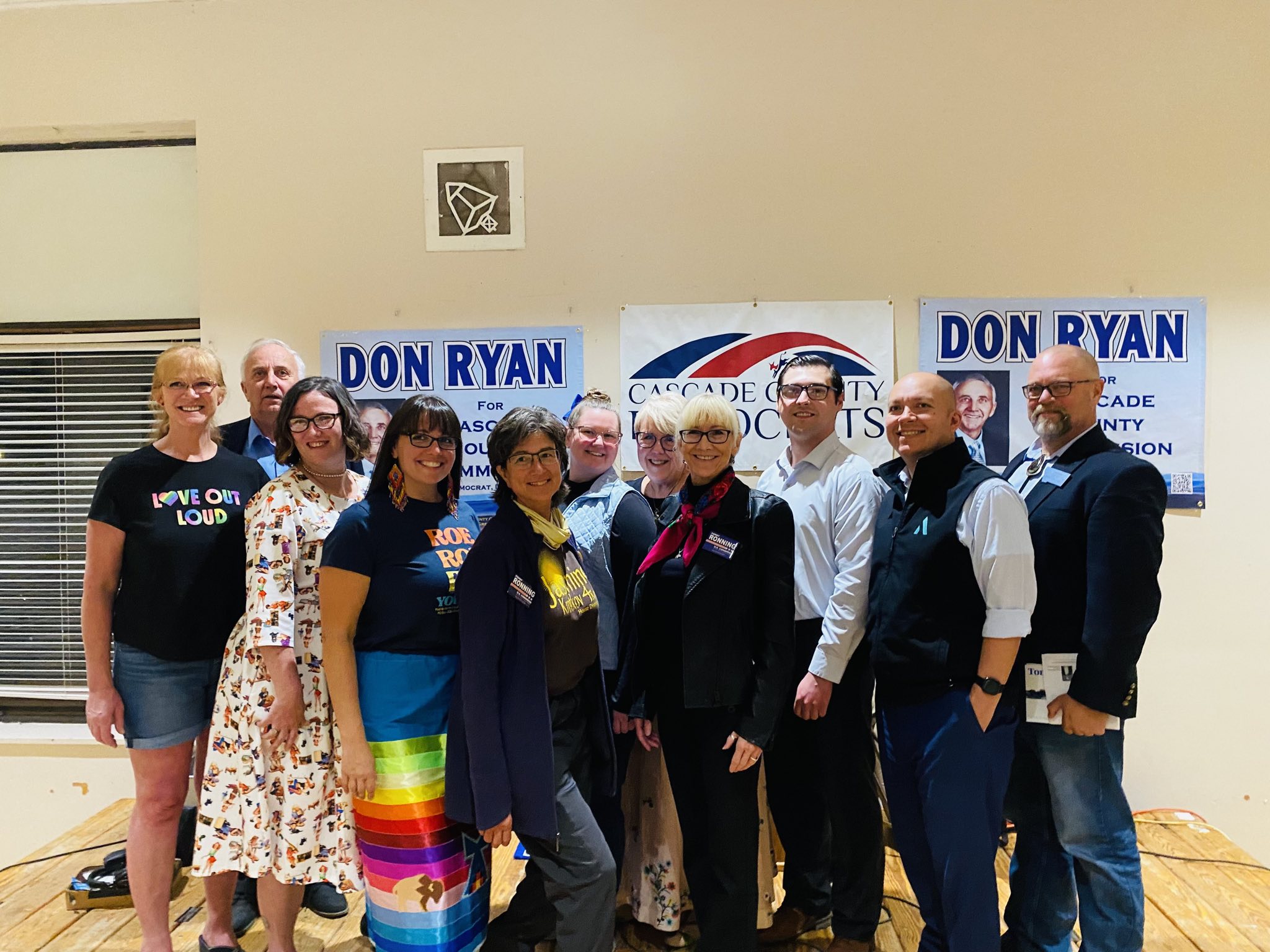 This past Friday, Democrats across the city gathered for an annual gathering of food and fundraising, but a new and welcome attendant joined the otherwise routine evening- Fury. Historically, Dems have been known for playing fair and avoiding ad hominem attacks. I’ve long been a critic of this incremental nice-guy approach, especially as the MAGA train has squashed any notion of polite politics. And while our candidates stayed true to their core value of focusing on issues and not their opponents, there was a newfound fire on stage last Friday.

We’re mere weeks out from the most important state election of our time. Republicans are a few seats away from a supermajority, and they have vowed to dismantle our State Constitution. This move is not only to ban abortion, but to fundamentally reshape Montana.  While it’s clear our Dem candidates are still willing to work across the aisle, it seems they’re also done taking any shit when it comes to fighting for our rights.

Candidate for HD23, Melissa Smith, summed up what’s at risk this election saying,

“This is another 2016 moment. Are we going again to fail to do enough to stem the tide of right wing extremist who will ban all abortions, rewrite our Montana constitution – taking away our right to a clean and healthful environment, to privacy, to a quality public education, our voting rights, to understand the complete history of where we live with Indian Education for All, the right to love who we want to love, and to be free to be our authentic selves.”

First-time candidate Kari Rosenleaf is running to represent HD26. Rosenleaf may be a newcomer to politics, but she’s been an advocate for children her entire life. Rosenleaf used her 3-minutes to tell the audience she’s ready to fight for us, saying,

“I’m a public school teacher! I deal with and defuse tantrums all day. I wrangle and educate our most vulnerable kids. I can sure as hell deal with Republicans in the legislature.”

Indeed, the energy on the stage felt wholly different than other Dem events I’ve attended over the years. While the values and commitment to our state and its people have never waivered, the urgency of the moment seems clear to all. We’re at a turning point in Great Falls and in Montana. We’re dangling on the edge of immense government overreach, and a total loss of our freedom as we know it. While some have counted Great Falls out, this slate of candidates confirms what we’ve always known about our city- we’re scrappy af and we won’t go down without a fight.

My favorite speech of the night- the one that made me cry and fucked up my eyeliner, was from former Legislator and current HD24 candidate, Barbara Bessette. The only Indigneous candidate in our city, Bessette wore a ribbon skirt and a Roe shirt, owning her identity and her values with pride.  It’s been a summer of overt racism towards Montana’s Indigenous peoples, but we’ll save that for another article. Too often, we ignore the fact that almost everyone in the room is White. We may like to fight on behalf of BIPOC people, but there’s seldom any real effort to follow their lead. Bessette’s speech was a fantastic reminder that Indigenous peoples were here first. They’re still here. And they’re still fighting.

So, Barb Bessette ruined my makeup, starting with this line from her speech.

“Im Standing up here because my ancestor’s survived genocide and oppression for centuries. I feel their strength and perseverance in everything I do. Their spirit is always with me.”

Truly, every candidate on the stage impressed me this weekend. They didn’t just name their values and read their resume. They acknowledged the danger we’re in, the weight of the oppression many of us face, and they told us how they’re going to take the Republican boot off of our necks.