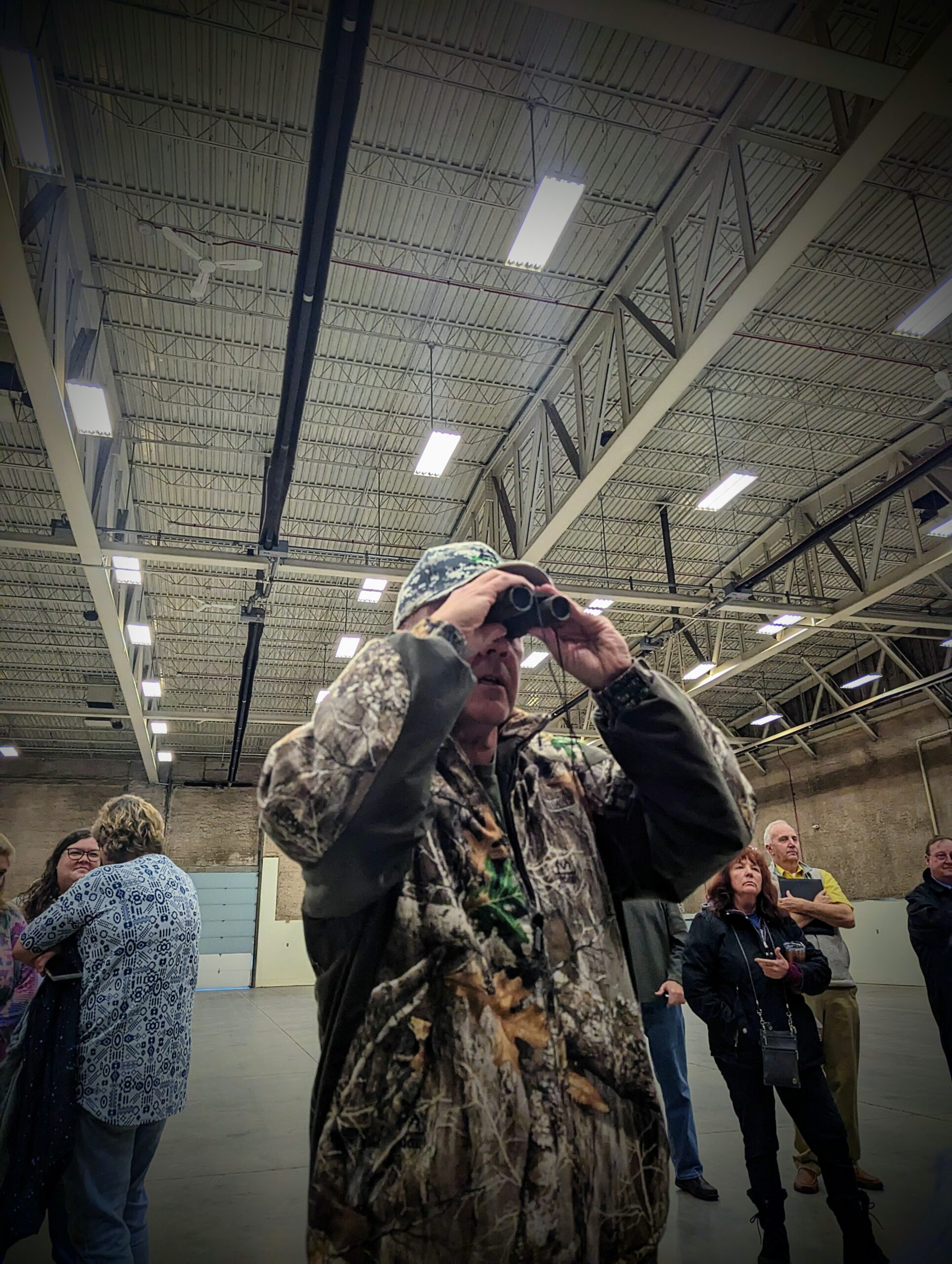 Election deniers- the stupidest of the right-wing MAGA stupid. The folks that WON Republican victories in Cascade County in 2020 and now 2022. These people, who have won for two terms, continue to claim that our free and fair elections are a lie.  And their extremism is getting way out of hand.

On Friday, election deniers attempted to intimidate staff of the Clerk and Recorder’s office. They surrounded the building, took pictures of staff cars and license plates, and made every effort to make election workers feel unsafe. Read about their disturbing anti-democratic tactics here: https://dailymontanan.com/2022/11/12/absolutely-insane-cascade-county-election-official-says-cops-called-after-skeptics-escalate/

Today in the Exhibition Hall at the fairgrounds, election workers publicly tallied the remaining ballots. Despite widespread Republican wins in Cascade County, dozens of election deniers showed up, many in their finest army-man cosplay, to continue their intimidation attempts. It all seemed rather over done when looking at the election workers themselves. The small group of folks tallying elections were almost entirely senior citizens, one of them an older gentleman with his Vietnam veteran hat on.  Personally, it’s the first time I’ve ever seen a large assembly of folks acting like they’re hell bent on beating up someone’s grandma. And yet, here we are.

One man watched carefully through binoculars, a rather amusing sight as he was just a few feet away from where the tally was openly happening in front of all of us. A woman in head-to-toe camo and combat boots stood behind me. She made an accusation that the ballot box wasn’t actually sealed. (It was.) She got angry that I was taking pictures. She made several comments about election fraud and claimed she’d seen extra, illegal ballots being delivered the prior week. This was allegedly the same woman who had been taking pictures of staff’s cars on Friday. Like most bullies, she was utterly infuriated when faced with even the slightest pushback. Still, her litany of conspiracy theories continued.

And then? Her candidate won.  The officials handed the results to candidates. A Republican woman tried to lead a cheer to spell out SANDRA. The group got lost somewhere around the “D” which is fine; spelling is hard.

With the Republican wins official, I asked the group of election deniers if they still believed the election was rigged. Unsurprisingly, they wouldn’t provide a straight answer. One woman claimed they were simply there to watch the process, yet had no comment when I mentioned the camo-clad woman next to her had spent all of Friday harassing election workers.

And here we approach the cognitive dissonance that belies the entirety of the far-right. Election deniers claim that our election system is broken. They cry foul and accuse election staff of fraud. Even with today’s results, none of them would admit that the election had been won freely and fairly.  So, which is it, Cascade County?

Did Rina Fontana Moore run a free and fair election?

Are the results of the 2022 election not to be trusted?

These are “Yes” or “No” questions. The answer cannot be both.  You cannot be simultaneously claiming victory in the election while claiming that the election is fraudulent. I mean, you can, but if you do you’re an idiot.

As disappointing as the election results are, we accept those results. That’s what rational people do when confronted with challenging concepts like “addition.” We don’t create a complex web of conspiracies when things don’t go our way. Nor do we dress up like soldiers (which is likely really insulting to actual soldiers, btw) and go harass folks who are trying to do their jobs.

But these election deniers have likely done themselves a real favor electing Sandra Merchant. Merchant now has a full time job that she is neither qualified for nor even understands. May these election deniers band together in their stupidity. Cascade County has elected Merchant, and we’re about to get exactly what we deserve by doing so- a goddamn mess.

With the elections being openly counted mere feet away, we can only assume this man was looking for Sandra Merchant’s qualifications.